You are not connected. Please login or register
4 posters

November 15, 2009 China will move when it's ready Posted: 1004 GMT SINGAPORE – The talk was about global rebalancing. U.S. President Barack Obama arrived in Asia on his first official tour, talking about a "rare inflection point in history". A time where "we have the opportunity to take a different path." A chance to rebalance the model where Asia consumers consume more and US exporters export more. Chinese President Hu Jintao was among world leaders at the APEC summit in Singapore. APEC leaders fully endorsed the strategy; virtually every economy in the world does. But look inside the APEC meeting in Singapore, and see the problems of turning this into reality. One of the biggest may be China. More than two years ago, China began to allow its currency to appreciate against the dollar. By the time the financial crisis exploded, it had risen in value by about 20 percent. The crisis was the signal for China to freeze the exchange rate there at about 6.83 to the US dollar. That was a year ago. Even China's Asian trade partners are now worried that the Chinese yuan is undervalued against the sinking dollar. So one of the key issues in Singapore was to put subtle pressure on China to unfreeze its currency. Finance ministers talked about flexible exchange rates, the APEC leaders were expected to talk to about "market oriented" exchange rates - all aimed at prodding China to become a little more "market oriented" in its own exchange rates. But by the end of the gathering, all reference to market-oriented exchange rates in the final statement from leaders had been erased. There had been debate behind closed doors between the U.S. and China about the statement. In the end China appears to have won out. The message seem to be China will move only when its ready. And for all its newfound goodwill and push for re-engagement, there's not much the U.S. can do about that. Posted by: Andrew Stevens, CNN Anchor

Lao's government has not responded to repeated requests for information about three Hmong-American men from Minnesota who are missing in the country after reportedly being taken into custody by security forces, a U.S. Embassy official said Thursday. The three men from St. Paul, Minn., were arrested Aug. 25 by Laotian military and security forces, according to Philip Smith, the Washington director of Lao Veterans of America. He said it wasn't clear why the men were arrested, and that they had no known political or family ties to dissident groups. Smith said the men were traveling in Laos sightseeing and looking to start businesses. Amy Archibald, a spokeswoman for the U.S. Embassy in Laos, said embassy officials were aware of reports that the three were being detained in Laos but so far were not able to confirm it. "Officials in our embassy are working to confirm these reports, gain consular access to any detained Americans and provide appropriate consular assistance," Archibald said. "The central government of Laos has not yet responded to U.S. officials' request for an official confirmation." Laotian authorities have said in recent days they had no information about the men, identified as Hakit Yang, Conghineng Yang and Trillion Yunhaison. Sheng Xiong, Hakit Yang's wife, has said the families of the men last heard from them on Aug. 25, when Yunhaison borrowed a cell phone from a security guard and called his family to say he had been arrested. Smith said that based on his sources in Laos, the men were taken on Aug. 30 from Ponthong Prison in shackles and hoods and loaded into a government truck. They were then taken to an unknown location, he said. Members of Laos' Hmong minority served in a CIA-backed guerrilla army that fought against Lao communists in the 1960s and 1970s. Afterward, thousands fled retribution in communist Laos and settled in the United States. Smith is also the executive director for the Center for Public Policy Analysis, a group advocating democracy in Laos.
Guest

Some one deleted mine VP animations gif?
yujyeeg 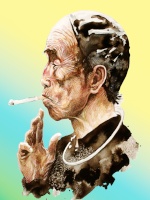 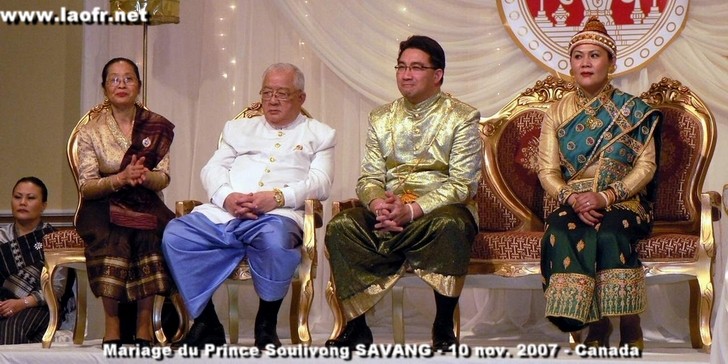 September 22, 2010 Hmong: Laos Scrutinized by the Universal Periodic Review AITPN concerned about continuous violations of Hmongs’ human rights and urges Laos to implement UPR recommendations Below the statement by the Asian Indigenous and Tribal Peoples Network Mr. President, Asian Indigenous and Tribal Peoples Network taking note the UPR report and its recommendations to Laos, would like to make the following comments concerning the situation of Hmong ChaoFa people. With reference to the claims of the Laotian authorities on the well being of 4,000 repatriated Hmongs, we wish to alert the Council that they were forcibly harassed by thousands of military personnel with 158 Hmongs now believed to have been forced to renounce the offer of resettlement in third countries. Mr. President, We urge the international community to monitor the situation of these Hmongs as alerted by the UN Secretary-General in December 2009 and of course, to help implement the UPR recommendations to Laos under para. 98.31. In this respect AITPN remains deeply concerned about the continued violations of human rights and fundamental freedoms of the Hmong people and call upon for the full implementation of the recommendation in para. 96.19 that the Laotian authorities: “Issue travel and identification documents to all Lao Hmong returnees in a timely manner, and guarantee freedom of movement.” Mr. President, While supporting the recommendation in para. 96.47 which asks Laos to “eradicate trafficking persons”, we remain deeply concerned about the trafficking of almost 30 Hmong children in 2005 from a Christmas Choir event1 and urge the authorities to promptly prosecute those responsible and ascertain their whereabouts and well being of the children. AITP acknowledges that Laos accepted recommendations in para. 98.14 to extend a standing invitation to all Special Procedures of the Council and believe that UN human rights experts given the opportunity to visit the victims in the Xaysombune Special Zone who are confronted with daily military operations. Mr. President, On the recommendation in para. 98.31 that Laos provide unfettered access to Hmong returnees, we deplore that U.S. Senator Al Franken was denied access to Phonekham camp during a recent visit. In conclusion, AITPN remains deeply concerned that the Laotian authorities to date have not accounted for the fate and whereabouts of three Hmong Americans2 after their detention in 2007 and call for their immediate release. As Hmong ChaoFa people remain deprived of their civil, political, economic, social and cultural rights, we urge Laos to address their long standing grievances through dialogue and not by the policy of military operations and exclusion. I thank you, Mr. President. 21 September, 2010 Statement by Mr. James HER on behalf of Asian Indigenous and Tribal Peoples Network (AITPN)
Sponsored content